Trump: Iranian Protesters will Get 'Great Support' from US ' at the Appropriate Time 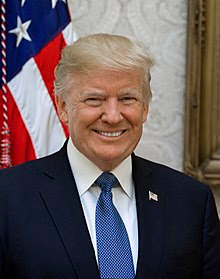 Such respect for the people of Iran as they try to take back their corrupt government. You will see great support from the United States at the appropriate time!
— Donald J. Trump (@realDonaldTrump) January 3, 2018


President Trump on Wednesday expressed his “respect” for the Iranians participating in protests throughout the country, adding that the U.S. will provide “great support” to them “at the appropriate time.”


“Such respect for the people of Iran as they try to take back their corrupt government,” Trump said. “You will see great support from the United States at the appropriate time!”
Trump and other administration officials, including U.S. Ambassador to the U.N. Nikki Haley, have voiced support for peaceful protesters demonstrating against the Iranian government.


Trump has warned Iran that the U.S. is monitoring potential human rights violations as demonstrations continue.
Protests began last week over economic concerns, reports say, but have shifted to anti-government demonstrations focused on the clerical regime.


The State Department on Tuesday reportedly urged the Iranian government to end its blocking of social media platforms.
At least 20 individuals have died since the protests began last week, according to The Washington Post.


Read More from the Hill Article