So, we have RIGHT ABOVE the PROFILE picture for the Twitter account of the U.S. Navy showing the George Washington crossing the Delaware picture too..hmmmm..yeah..this was just by accident and then the Navy typed in "Julian Assange"  also by accident. Then, they deleted the tweet, screenshot the tweet, uploaded the tweet to a new tweet to tell us that they accidentally tweeted it...and that screenshot tweet just happened to have the GW picture. Give me a break lol!  This happened yesterday, on Christmas Day. 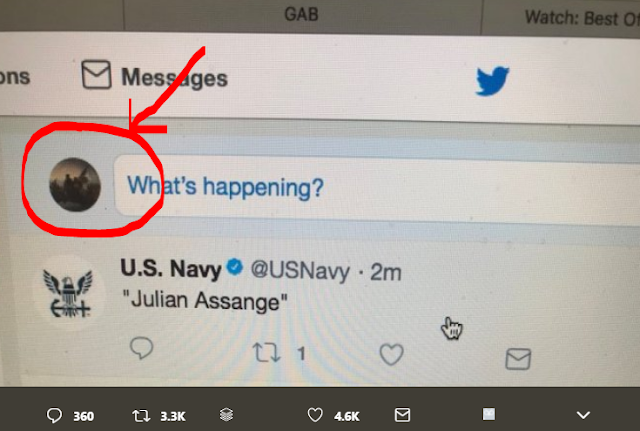 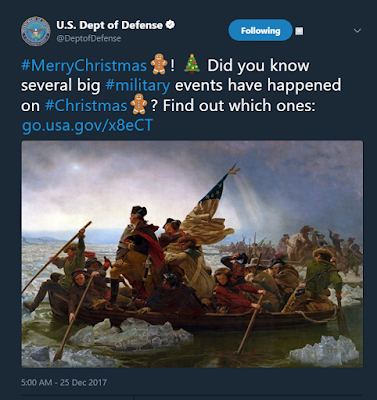 Incase you are coming into this as a newbie, our Insider Source, Qanon, posted this for us as he dropped intel:

This on October 31st and then again December 24th: Notice anything?  Look at the picture and then scroll up to see what the Department of Defense and the US NAVY posted to their Twitter accounts.  Don't believe it yet?  Keep going. 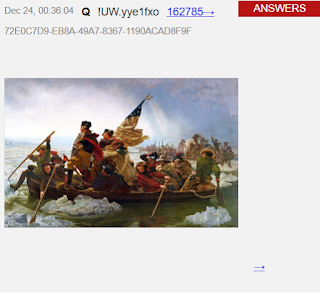 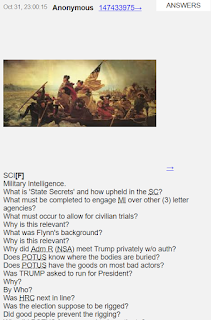 Coincidence?
If you don't know who Q is and what this is all about Go Here:

This is a working theory, let me know what you all think.

Q Posts from Christmas Day (above).

Operational Window - Not sure of the whole meaning, but could have something to do with a 2 day window - we will know at some point.

Secured - Everything is secure

Floor is yours - DUMP WHAT YOU HAVE IN THIS WINDOW...Julians Wikileak dump, supposedly so devastating that it will have an impact on the whole world.

TWITTER FW - Spread the information on Twitter, this may be to US! or to Julian not sure yet.

TWITTER [kill rogue] - Julians Twitters are not run by him at the moment, they are rogue.

Julian Assange is White Rabbit or Snow White?
Lots of things this could be, like a white hat.  We will know soon.

By the way, and as a bonus, because you people ROCK!  This is the Tweet we got this morning from DoD: 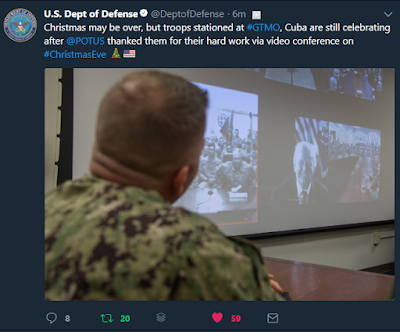 This was a Tweet about the Potus video conferencing with the troops at GITMO!  What?  Yeah, another coincidence?