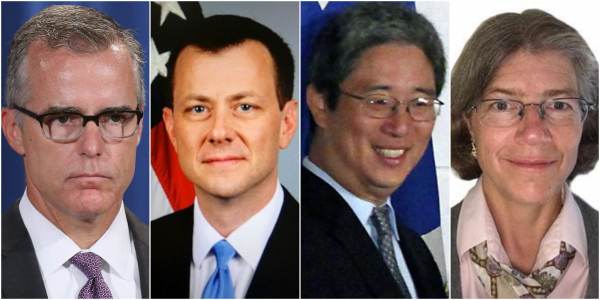 According to a report from Politico:

"A Republican on the House judiciary committee said Saturday he's gotten a commitment from committee chairman Bob Goodlatte (R-Va.) to subpoena top officials at the FBI and Justice Department in their ongoing inquiry into claims of bias against President Donald Trump.


"Chairman Goodlatte has told us he is going to subpoena those individuals," said Rep. Jim Jordan (R-Ohio), in an appearance on Fox News' "Justice with Judge Jeanine."

Goodlatte's office declined comment earlier this week when asked if he was considering issuing subpoenas to those agents.


Republicans have focused on Strzok with greater intensity in recent days, after the Justice Department released a series of text messages he sent to Page in 2016 that showed hostility toward Trump."

Let's hope this doesn't get dragged out too long because the time for action is now.  We are sick of this!